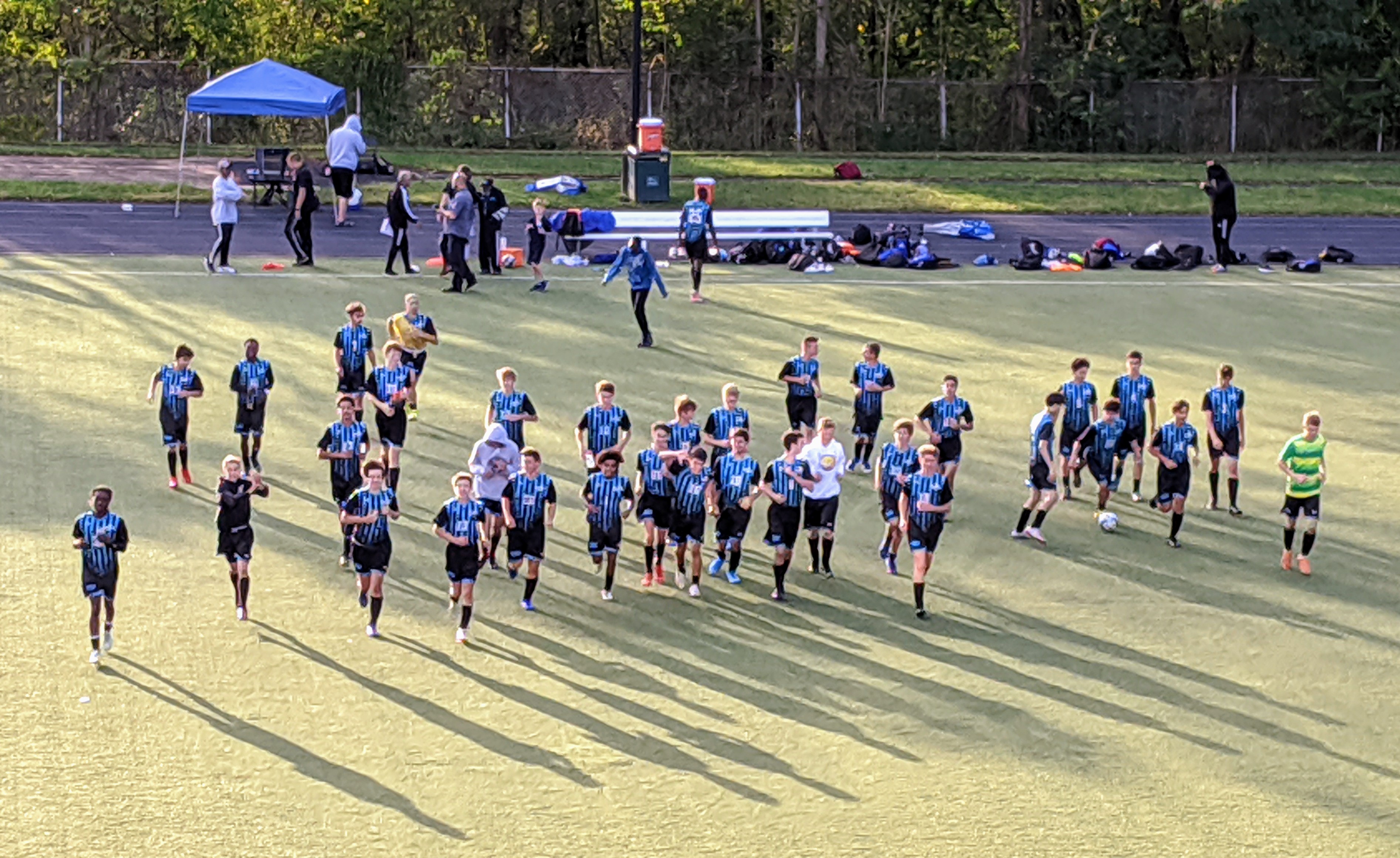 Latrobe struck first in what would become a seesaw game. Woodland Hills traded first half scores with goals by Junior Quinn Fogarty and Seniors Mitchell Hills and Gavin Moore, giving the Wolverines a 3-2 halftime lead.

The second half saw an equalizer from Latrobe, but Senior Lewis Rodocker scored to reclaim the lead, 4-3. Latrobe forced overtime with a tying goal. Despite two hard fought, but scoreless overtime periods, the game ended in a 4-4 tie, assuring that Woodland Hills would maintain their hold on the last playoff spot in WPIAL Quad-A/Section 3.